The Glens of Lead ... Glendasan 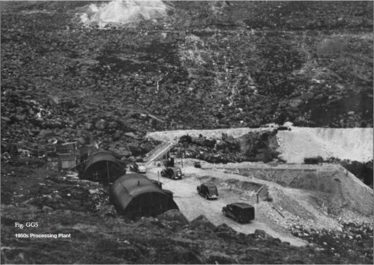 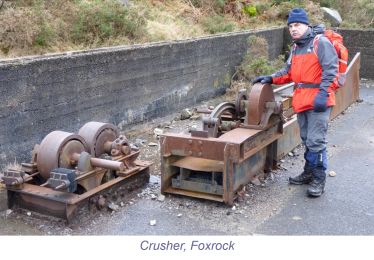 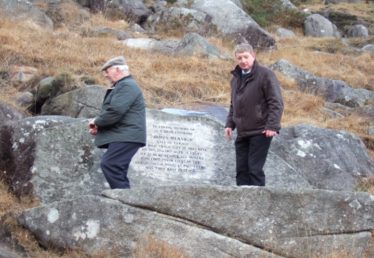 zoom
Remembering a fallen comrade ... memorial stone at Glendasan in honour of James Mernagh who died on 22 January 1957 in the Fox Rock Tunnel. Pictured are Robert Carter and Pat Casey
Joan Kavanagh

The earliest phase of mining dating from 1807 was at Luganure.

The price of lead on the open market was always a factor in the running of the mines. Price fluctuations meant that wages also varied over time; typical of the boom and bust characteristic of the industry.

When times were good the Mining Company of Ireland prospered and invested in buildings, equipment and machinery. A road to the Luganure ore body was constructed in 1826 and a railway track for wagons 126 feet into the mine was also laid. Dressing floors for separating the ore were built on the site and the Hero Mine was then opened, followed by the Fox Rock Mine in 1828.

Over the next 10 years machines for pumping out water from the various mines were installed so that mining work could continue. Many of these were powered by mules that were later replaced by water powered machines that also drove crushing mills on the sites. The Ruplagh Mine and new pump house opened in 1835.

The 1850s saw a big improvement in lead prices and a new wave of investment followed with old workings being re-opened, and a new crushing mill installed supported by other new machinery. A new forge was built in the 1870s which saw further technological advances responsible for reduction in labour and wages. This meant in some cases two or three boys could now do the work of nine men.

The 1880s saw a major decline in the fortunes of the Mining Company of Ireland which had sustained losses over several years. Their business risks were compounded by falling lead prices and limited lead reserves and in 1890 the mines were bought by the Wynne family.

The Wynne family soon ran into difficulties with flooding and a lack of machinery and after a few years mining came to a halt. The demand for lead during the years of World War 1 brought the ‘Glendalough Mines’ to the attention of the Ministry of Munitions in London which granted aid to the Wynnes to re-open the Fox Rock mines in Glendasan.

For over 20 years there was no mining until St. Kevin’s Lead and Zinc Mine was set up in 1948. A workforce of 80 operated it for 9 years some of them living in dwellings on the north and south sides of the valley, the remains of which are still visible including Fiddlers’ Row where it is reputed all the inhabitants were musicians. The two main tunnels in the 1950s were the Fox Rock and the Moll Doyle. Work in the tunnels was difficult because of flooding and poor ventilation and as a result many miners developed health problems.

Lack of money continued to be a problem for St. Kevin’s Lead and Zinc Mine. While sufficient ore was found the company did not have the technology to process it and as a result a Canadian mining company leased the mines from the Wynnes in 1956.

Given that mining is a hazardous activity it is remarkable that there were only three recorded fatalities over the 150-year lifetime of the mines. Over 80 years passed until the final fatality occurred on 22nd January 1957. Two miners were drilling into the rock when the drill inadvertently struck a piece of dynamite and an explosion occurred. Jim Mernagh, a married man with two young children was killed instantly and his co-worker, Robbie Carter, was seriously injured. Thankfully Robert Carter recovered to full health. He has since devoted his life to the preservation of the mining heritage of the area and has been a leading light in the development of this mining trail.

The Canadian mining company which had taken over the mines in 1956 was not successful in locating the expected amount of lead and this, along with the fatal accident, was the main reason the mines finally closed in June 1957.