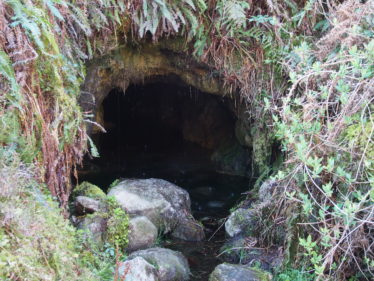 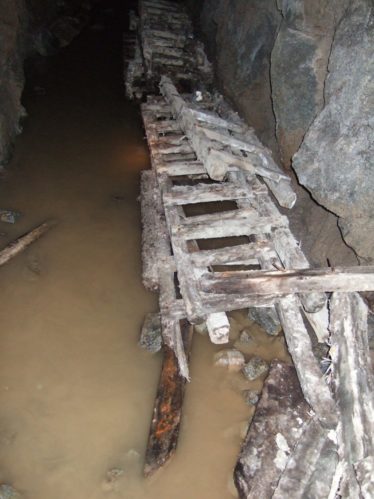 zoom
A tunnel in the Fox Rock Mine, Glendasan
Martin Critchley 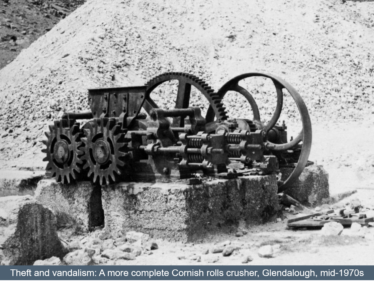 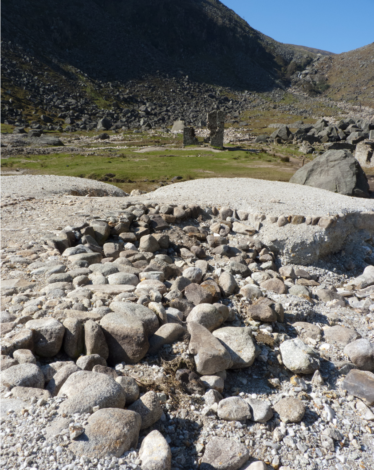 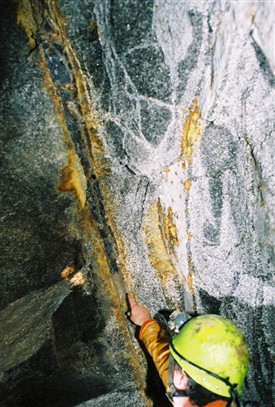 A horizontal tunnel into a mine from the surface.

Golden yellow in colour, sometimes mistaken for gold (‘fools gold’), but much harder than gold. A source of copper.

A machine for breaking the ore taken from the mine into smaller fragments prior to dressing. Usually consists of two iron wheels (rolls) which roll together breaking the rock which is placed between them. Mostly driven by waterpower.

A surface part of the mine where to ore minerals were separated from worthless waste minerals; either by hand, by water or by machinery. Buildings and cobbled floors may still be visible in these areas.

A miner who specialized in drilling holes in the rock. The holes would be filled with explosives to break the rock. Originally holes would be drilled by hand; one miner holding a long metal drill bit and a second miner striking the end of it with a hammer. Modern mining uses mechanical driven by compressed air.

A building which housed a steam engine which drove winding, pumping or crushing machinery.

A rock formed deep in the Earth’s crust by cooling of magma (molten rock).

A surface excavation of a mineral deposit (similar to a quarry).

A mineral or mix of minerals containing metals which can be economically extracted.

Brassy yellow in colour. Used as a source of iron metal and sulphur.

A rock which has been altered by heat and pressure.  In Wicklow these formed as mudstones and shales before being altered. Usually dark grey in colour with prominent plate like structure and shiney surface.

A vertical entrance to a mine from the surface

Process of the conversion of ore minerals to native metals through the use of heat and chemical reactions.

Dark brown or honey brown in colour. A source of zinc.

Minerals composed of one or more metals in a compound with sulphur (e.g. Galena is lead sulphide – PbS)

A narrow gauge railway used for transporting rocks, ore and materials over the surface of the mine.

A crack or fissure within the rocks which contains ore minerals. Usually vertical or sub-vertical and extending downwards below the surface.